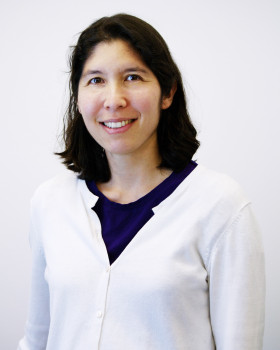 Vitamin B12 in Bacteria

My lab is interested in understanding how vitamin B12 and B12-like compounds are produced and how these molecules function at an enzymatic, organismal, and community level.

Vitamin B12 (cobalamin) is an essential component of animal diets. B12 functions as a cofactor for two enzymatic reactions in humans and many additional reactions in bacteria and archaea. Although the utilization of B12 as a cofactor is widespread, B12 is only synthesized by certain prokaryotes. We seek to understand the major unknown component of the B12 biosynthetic pathway, the synthesis of the lower ligand of B12, DMB. Additionally, we are interested in the diversity of B12-like compounds, collectively called corrinoids, and their utilization by both the bacteria that produce them and other organisms in their communities.

We are currently investigating the following three areas related to B12 biosynthesis and function:

Microbial communities, which are consortia of microbes residing in an environmental niche, are the driving force behind diverse metabolic processes on earth and are an integral component of the human body. Microbial communities associated with a host organism play key roles in nutrient acquisition, protection against infection and inflammation, embryonic development, and escape from predators. Despite their tremendous impact on our lives, little is known about the molecular interactions that occur in microbial communities, largely due to the difficulty in studying such complex systems experimentally. Corrinoids are particularly well-suited for research on microbial communities because they are synthesized only by a subset of the organisms present and are utilized by many other organisms in the community. In addition, the structural variation in corrinoids produced by different organisms may provide specificity in the exchange of corrinoids between microbes. We are using the intestinal community residing in the termite Zootermopsis sp. as a model system to study corrinoid exchange in microbial communities. In addition, we are studying corrinoid exchange by members of a microbial community isolated from contaminated soil in collaboration with Lisa Alvarez-Cohen as well as the human intestinal microbiota in collaboration with Jeffrey Gordon. We hope to uncover the structure and biosynthesis of these corrinoids, how these compounds are exchanged between inter-species and inter-kingdom partners, and how they serve as cofactors for B12-dependent enzymes.

Biosynthesis of DMB, the Lower Ligand of B12

We have discovered in the bacterium Sinorhizobium meliloti the remarkable “flavin destructase” enzyme, BluB, which catalyzes a previously unknown step in the B12 biosynthetic pathway, the synthesis of the lower ligand, DMB. BluB catalyzes the oxygen-dependent fragmentation of flavin mononucleotide (FMN) to form DMB, and thus is the only enzyme known to destroy a flavin cofactor in order to produce another cofactor, B12. We are analyzing BluB’s mechanism by biochemical and genetic methods in collaboration with David Ballou, Karen Anderson, and Tadhg Begley. Additionally, we are investigating the DMB biosynthetic pathway employed by anaerobic bacteria by a combined bioinformatic, genetic, and biochemical strategy.

Function of B12 in bacteria-host interactions

S. meliloti is a Gram-negative bacterium that exists in two distinct lifestyles. It is often found free-living in soil, where it competes with many other soil bacteria for a limited supply of nutrients. S. meliloti can also exist in a symbiotic relationship with certain leguminous plants (Fig. 2). Within the plant host, S. meliloti converts atmospheric nitrogen to ammonia, a process called nitrogen fixation. In S. meliloti, the B12-dependent ribonucleotide reductase enzyme, which is required for DNA synthesis, is essential for the development of the bacteria into mature nitrogen-fixing bacteroids. We are investigating the physiological basis of the B12 requirement in intracellular survival of S. meliloti within its plant host. In addition, we are using the S. meliloti-alfalfa symbiosis as a platform to investigate the adaptations of host-associated bacteria to life within a eukaryotic cell.