From a Single Genetic Mutation, Secrets of ‘Boy in the Bubble’ Disease Revealed 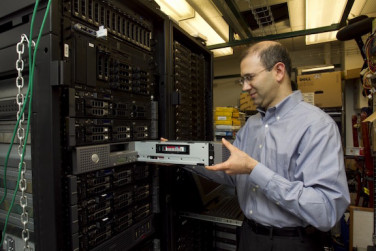 UC Berkeley was part of an interdisciplinary, international research team that has identified the rare genetic mutation responsible for a unique case of “boy in the bubble” disease, known as severe combined immunodeficiency (SCID), a deadly immune system disorder. The researchers found that the cause was a mutated version of a gene called BCL11B, which also plays an unexpected role in the normal processes of immune system development. 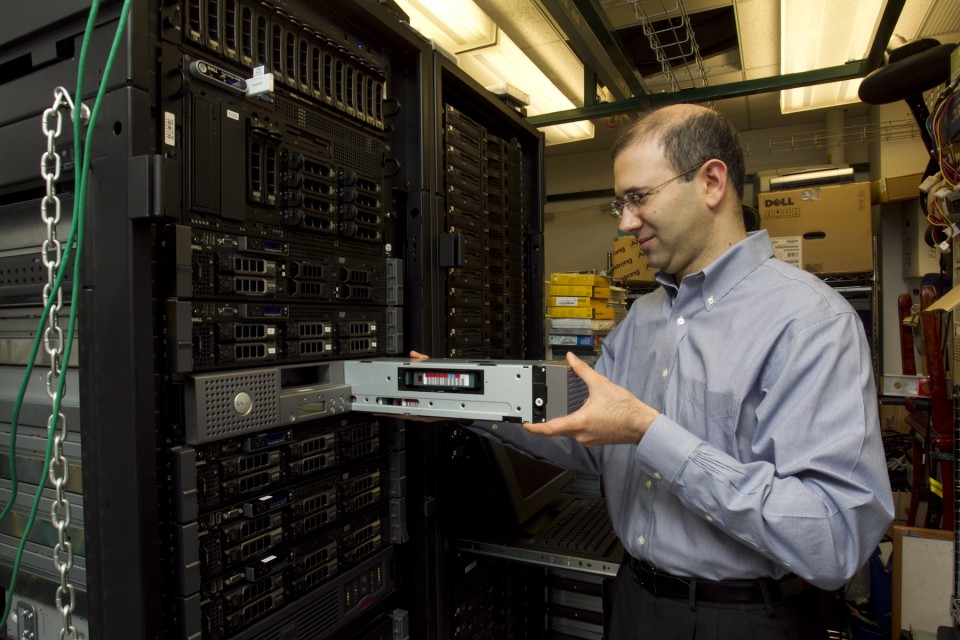 The discovery of this genetic mutation is the latest of several breakthroughs from this team, which has been accomplished by analyzing exomes — the roughly 2 percent of DNA that contains the instructions for building proteins — to identify the cause of mysterious immunological diseases in newborns.

“This is a gene that had never been associated with SCID before, which required more advanced genome analysis techniques to discover,” said Berkeley computational biologist Steven Brenner, co-author of the study. “Moreover, unlike variants in every other known SCID gene, this mutation is dominant, which means you only need one copy of this mutation to disrupt multiple aspects of development.”

The study was published Dec. 1 in the New England Journal of Medicine. The research article was accompanied by a perspective by Michael Lenardo, chief of the Molecular Development of the Immune System Section at the National Institute of Allergy and Infectious Diseases, commissioned by the journal. Lenardo wrote that the study is “an exciting example of recent achievements in the application of contemporary molecular genomics to clinical medicine, especially with regard to congenital diseases…This study reflects remarkable advances in molecular diagnosis.”

The infant patient featured in the new study was identified through a population-based neonatal screening approach for SCID, which was developed in 2005 by Jennifer Puck, the study’s senior author and a UCSF professor of immunology and pediatrics. The screening indicated a severely compromised immune system, leaving the patient open to a likely fatal series of infections. However, UCSF doctors performed a bone marrow transplant, the standard of care for SCID, which provided the infant with a fully functional immune system.

In addition to SCID, however, the infant was born with a constellation of abnormal features including craniofacial deformities, loose skin, excess body hair and neurological abnormalities, which suggested that a single rare genetic defect could underlie the patient’s disease.

In part to determine whether the infant’s parents were carriers of a genetic mutation that could be passed on to future children, the research team set out to scan the genomes of both infant and parents for mutations that could be responsible for the disease. Researchers at UC Berkeley and UCSF built on their productive collaboration with researchers at Tata Consultancy Services to use next-generation exome sequencing to identify a single mutation present in the infant but not the parents — referred to as a de novo mutation — in the BCL11B gene, which had previously been associated primarily with lymphatic cancer. So finding the BLC11B mutation to be causative for SCID was a surprise.

“We’re entering a new era of genomic medicine,” Puck said. “Our technology has progressed to the point that we can learn a great deal about a disease, and even learn important new facts about normal biology, from just a single patient. In this case we were able to unearth the potentially unique underlying genetic cause of one patient’s disease and come away with brand new understanding of how the immune system develops.”

In order to understand the biological effects of the patient’s mutation, the researchers collaborated with the team of David Wiest at Fox Chase Cancer Center, in Philadelphia, to introduce the patient’s mutated form of BCL11B into zebrafish, whose immune systems are similar to those of humans. They found that the mutated form of BCL11B produced abnormalities in the zebrafish that mimicked those observed in the patient, including not only a disabled immune system but also similar craniofacial abnormalities. Blocking the mutated gene and replacing it with the normal human gene in embryonic zebrafish reversed all these symptoms, strongly suggesting that abnormal BCL11B was the cause of the symptoms seen in both zebrafish and the human patient.

The normal BCL11B protein binds to DNA at sites across the genome to activate a wide variety of developmental genes in a precisely orchestrated sequence. Experiments revealed that the BCL11B gene mutation identified in the new study disrupts this protein’s ability to bind to DNA, thereby resulting in the wide array of immunological, neurological and craniofacial disruptions seen in both the human patient and in zebrafish.

“In this case, however, a mutation in BCL11B turned the protein it produces into a monkey wrench that disrupted many different systems in the body,” Puck said.

According to Puck, the findings illustrate the power of deeply studying rare diseases in individual patients: “We may never get another patient just like this one,” she said. “But as a result of studying this one case we were able to learn so much about a critical gene in a critical pathway that hadn’t been appreciated before.”

The research was supported by the National Institutes of Health, Tata Consultancy Services, the Commonwealth of Pennsylvania, the M.D. Anderson Cancer Center, the Fox Chase Cancer Center, the Jeffrey Modell Foundation, the Lisa and Douglas Goldman Fund and the Michelle Platt-Ross Foundation.