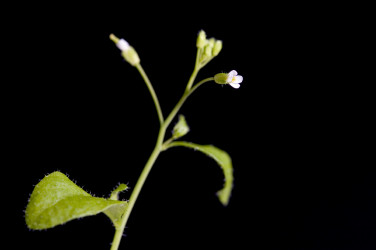 "Acceleration without restraint" can be disastrous 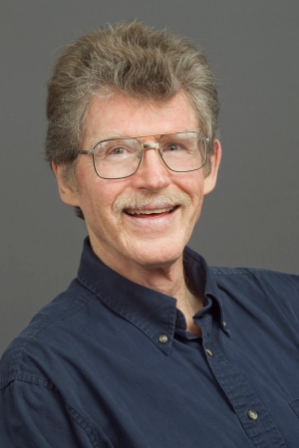 A team of researchers led by the Quail Lab at UC Berkeley has zeroed in on the important process of “attenuation,” the way cells guard against potentially harmful overreactions to the external cues that enable them to adapt to prevailing conditions.

"In the biosciences, defects in signaling attenuation mechanisms are under increasing scrutiny in both medical and agricultural areas," said Peter Quail, professor in the Department of Plant & Microbial Biology at UC Berkeley and research director at the Plant Gene Expression Center in Albany, CA.

"Cellular signaling attenuation is essential for cells to survive in a fluctuating environment, and when broken, can, for example, cause cancer."

The finding, published in the June 6, 2014 edition of Science, similarly has important consequences in agricultural research, as understanding all aspects of plant signaling is important to improving crop growth for food, feed and biofuel production.

Studying the Slowdown in Signaling

Scientists have long been interested in the molecular pathways inside cells that are responsible for the "signaling" that is necessary for an organism to adapt to external environmental conditions. 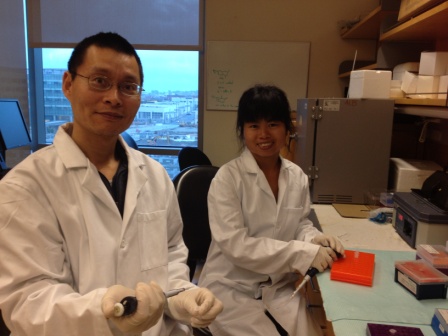 The Quail team, including researchers from UC San Francisco and the Carnegie Institution for Science, looked at the mechanism that slows or stops a plant's light response after an initial burst of activity.

The group brought Arabidopsis plants, often used as a "model organism" in scientific research, from total darkness into light. Immediately the plants began the process of adapting their growth and development to the light environment because they had ”sensed” this environmental cue.

What the Quail team measured, however, is the "braking mechanism" that comes into play when the plant realizes that it's time to slow that adaptational process a bit.

That slowdown, or "attenuation," has not been studied as much as the initial signaling that encourages the plant to change its behavior.

"Attenuation of signaling is analogous to the brakes on a car," Quail said. "While acceleration is desirable, acceleration without restraint can be disastrous."

The research team discovered a nuclear-localized, bimolecular configuration where the accelerator is directly linked to the braking mechanism, thereby providing simultaneous acceleration and controlled restraint.

Light signaling in Arabidopsis involves the binding of an activated photoreceptor molecule (called phytochrome) to a transcription factor (gene-switch) called PIF. This binding destroys PIF, switching off its target genes. However, the researchers found that in imposing PIF's destruction, phytochrome signs its own death warrant and is simultaneously executed, thus reducing the incoming light-signaling intensity.

This bimolecular mutually assured destruction (MAD) mechanism of signaling attenuation appears to represent a new configuration, thus broadening our understanding of the range of mechanisms nature has evolved to enact this critical function.

"The key feature for agriculture is that the MAD mechanism enables the plant to adjust its sensitivity to the incoming light signal at the source, by controlling the level of the photoreceptor itself (phyB)," Quail said. "By engineering either phyB or its PIF-interactor, to reduce or enhance this MAD activity, it should be possible to reduce or enhance the sensitivity to the available light.  Since phyB regulates both seedling establishment (critical to out-competing neighboring weeds) and the shade-avoidance response (which regulates the distribution of captured carbon between the sugars and starches of seeds and the cellulose of stems), manipulating the plant's inherent light-sensitivity profile could have an impact on those agriculturally important facets of crop growth (food/feed or cellulosic biofuel yields)."

“In the biomedical sciences, defects in signaling-attenuation mechanisms are under increasing scrutiny as evidence mounts that they are major causes of human malignancies," Quail said. "Identification of additional configurations of these negative-feedback mechanisms, such as the MAD configuration we uncovered, have the potential to provide insight into possible strategies aimed at combating such defects."

This type of research is at the foundation of what the Quail Lab does, researching how and why plants monitor and respond developmentally to an array of environmental light signals.

Paper Abstract: After light-induced nuclear translocation, phytochrome photoreceptors interact with and induce rapid phosphorylation and degradation of basic helix-loop-helix transcription factors, such as PHYTOCHROME-INTERACTING FACTOR 3 (PIF3), to regulate gene expression. Concomitantly, this interaction triggers feedback reduction of phytochrome B (phyB) levels. Light-induced phosphorylation of PIF3 is necessary for the degradation of both proteins. We report that this PIF3 phosphorylation induces, and is necessary for, recruitment of LRB [Light-Response Bric-a-Brack/Tramtrack/Broad (BTB)] E3 ubiquitin ligases to the PIF3-phyB complex. The recruited LRBs promote concurrent polyubiqutination and degradation of both PIF3 and phyB in vivo. These data reveal a linked signal-transmission and attenuation mechanism involving mutually assured destruction of the receptor and its immediate signaling partner.