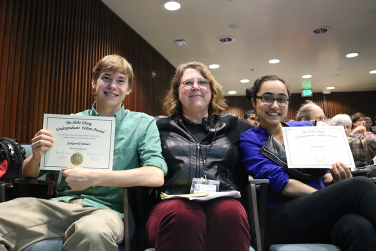 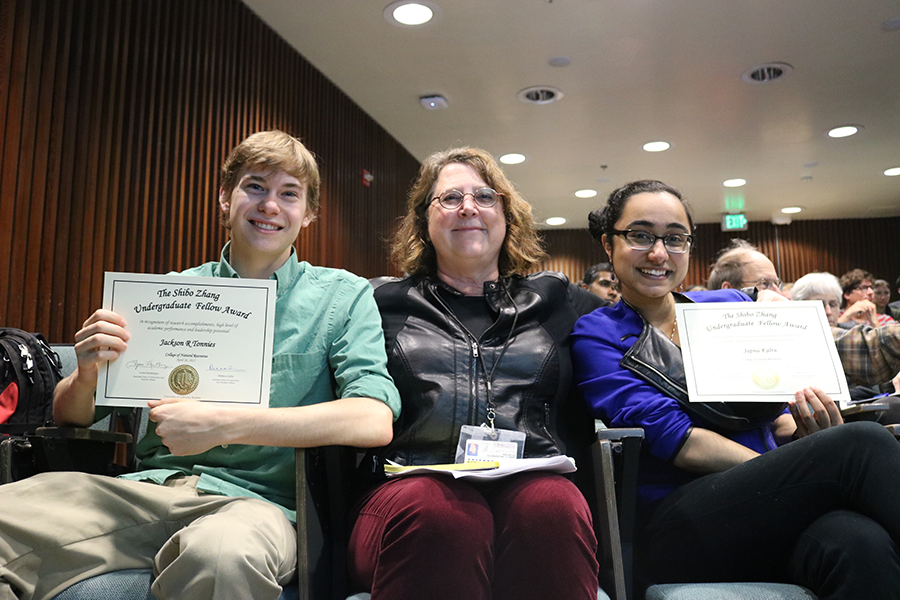 Every year, PMB awards the major citation to the top graduating undergraduate student in Genetics and Plant Biology major and the top student in the Microbial Biology major. The recipients are selected by the faculty for their academic excellence and contributions to UC Berkeley and the community.
PMB recognizes each Major Citation recipient with a Shibo Zhang Award. This award is a $500 award made in honor of Shibo Zhang, a former postdoctoral fellow in PMB. Zhang was lost to the plant community in a tragic accident in December, 2007 and an endowment in his honor was created to recognize excellence in undergraduate education.
The 2017 Shibo Zhang Award and $500 gifts are being given to:

The award was presented at the PMB Seminar on Wednesday, April 26, in 101 Barker Hall at noon.