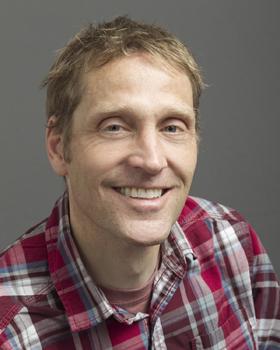 Most organisms have an innate ability to measure time. For example, plants do not simply respond to sunrise but can anticipate the dawn and sunset and adjust their biology accordingly. This is the fascinating field of the Circadian Clock. Research over the past 30 years and the powerful approach of molecular genetics has elucidated the underpinings of the complicated cellular circadian clock.

Adjunct Associate Professor Frank Harmon and his team at our affiliate, the Plant Gene Expression Center, study the Circadian Clock in plants.

The circadian clock is a key adaptation for life on earth, since it lets organisms coordinate their internal physiological activities with daily and seasonal environmental changes. The Harmon lab investigates its molecular mechanism, using Arabidopsis and maize as model systems. The lab applies genetic, biochemical, molecular, and genomic approaches to identify and characterize already known and new proteins contributing to the plant clock and how they are integrated into current clock models.

The circadian clock allows plants to anticipate and respond to daily and seasonal environmental cycles. Plants synchronize daily processes to the environment by sensing environmental cues such as light and temperature. This allows plants to confine biological processes to the appropriate time of day and season. The circadian clock regulates a diversity of processes in plants, including photosynthesis, metabolic activity, flowering and responses to pathogens.

·       In A. thaliana, they have discovered new genes and molecular pathways that perceive temperature cues from the environment and transmit this information to the circadian clock. Temperature plays an important role in regulating the clock, but very little is known about the molecular players in this process.

·       Maize is among the most important crops grown worldwide. Its ancestor underwent a whole genome duplication, and often such duplicate gene copies are lost. Surprisingly, multiple copies of each clock gene are retained in maize, suggesting that there is a need for them. They are studying signaling networks within the maize circadian clock to eventually use their knowledge for practical applications in agriculturally significant crops. They also are studying the link between hybrid vigor in maize and the circadian clock, in collaboration with the Chen lab at Univ. Texas-Austin. Hybrid vigor is an important phenomenon in agriculture, in which hybrids exhibit increased growth, biomass, and fertility than their inbred parents. A study in Arabidopsis hybrids found that alterations in key circadian clock genes appear to up-regulate several metabolic outputs, including chlorophyll biosynthesis and starch metabolism (Ni et al. 2009 Nature).